Physical pain, in some form or another, plagues all of us at some point in our lives, especially as we get older. It can restrict our ability to earn a living or take care of our family, disrupt our sleep, limit our recreational activities, create stress, anxiety and depression and rob us of the joy of living. So finding new ways to deal with pain is always valuable.

Studies on the Transcendental Meditation technique reveal its efficacy in managing pain. 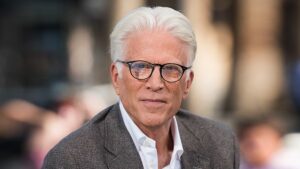 Ted Danson, a TV star and producer, practices TM and has found it very effective in managing his pain. He experiences flareups from arthritis and finds that regular TM is a key to managing that pain. “Life gets more complicated and stressful the older you are. I no longer find [TM] fun and interesting — I find it a lifesaver.”

TM is a natural and effective way of managing pain on your own. It heals both the body and the mind and does not require a trained doctor or therapist. Once you’ve learned how to meditate effortlessly and properly from a certified TM teacher in a 4-day course, you simply practice the technique on your own with a free series of= follow-up meetings available to you to ensure success.

How does TM affect our experience of pain? 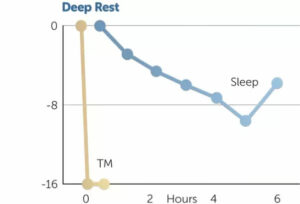 In 1970 the first research paper done on TM showed that the technique gives the body a profound state of rest. The author found that during Transcendental Meditation, oxygen consumption and heart rate decreased, skin resistance increased, and the electroencephalogram showed specific changes in certain frequencies, all indicating a unique state of restful alertness in the body not found in waking, dreaming or sleeping. This deep rest, quite simply, allows the body to heal and repair itself, which can help reduce chronic pain.

Further studies over the course of many decades showed more subtle ways the deep rest of TM affects our physiological and psychological response to pain:

In 1977, a study found that the chemical plasma phenylalanine increases during the practice of the Transcendental Meditation technique, while researchers saw no change during ordinary relaxation. Phenylalanine has pain-relieving and anti-depressive effects on the physiology.

According to Orme-Johnson, lead author of the 2006 study, “Prior research indicates that Transcendental Meditation creates a more balanced outlook on life and greater equanimity in reacting to stress. This study suggests that this is not just an attitudinal change, but a fundamental change in how the brain functions.”

Pain is part of many peoples’ experience. Statistics Canada reports that at any one time 25% of Canadians over the age of 15 experience chronic pain. Transcendental Meditation is an alternative modality that can work alongside and complement existing pain treatments and help improve the quality of life for thousands of Canadians.